Living life to the fullest as a foreigner

Do you want to live in Ireland?  Do you want to flick in your job or business and vegetate on a Greek island for awhile?  Do you want to experience life in a beautiful and exciting European capital?  I have done all of these and written quite a bit about it.  This page will help you decide if you have the right stuff to live abroad.      2020 Update:  Coronavirus Restrictions are accelerating the trend to work at home--from anywhere. 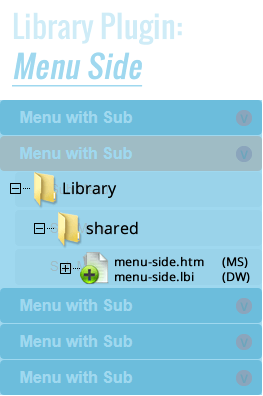 A very good site including a forum and consultation service specifically for Ireland:  Ireland Move Club

How to support your travel habit:  SBI

Where do I start?

To start your journey of inquiry don't research cost of living, medical insurance or government regulations rather investigate your goals, personal attitudes and adaptability.   Here is an article on that subject in LinkedIn.

We have two other pages of expatriate resources:    Travel Shepherd

We were urban Americans in small Irish village: 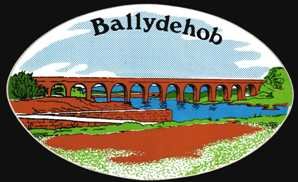 We owned and operated a small grocery in Ballydehob, West Cork, Ireland for over four years.  Below are few anecdotes from our life there.  Only humerous in hindsight.

Sell by Date:  Early on, about March or April when I still would jump through hoops for the smallest sale, I sold a cooked chicken which was at the end of its sell by date to a very drunk man whom I had not seen before. Immediately I felt guilt and remorse for not verifying the freshness despite his inebriation. The next day I fully expected to see the Garda or health inspector coming through the door because the man had been found sick or dead! For months I would occasionally worry about his fate. About two years later I was overjoyed to see him in a pub, very drunk.

Pants or Trousers: During Karin's first trip back to Oregon Noreen was behind the counter chatting about Karin's absence with Conn and Mary O'Mahony, of all people: Conn famous for having been caught in bed with another woman and Mary known for wearing her sexual frustration on her sleeve. I sauntered over to make the comment, "It certainly has made a difference in my pants!" They all froze for a long pregnant moment as I tried to figure out what I had said. Mary chuckled and asked, "Oh, how is that, Michael?" And it hit me. "My trousers that is, they have a lot more room", I said as I thumbed the waistband to show them. Everyone laughed and changed the subject. (In Ireland pants refers to underwear, trousers to outer.)

Community Action:  Main Street between our shop and the bank is at its narrowest due to a slight bend. Because of parked cars it is always one lane at a time. If, as frequently happens, two cars park across from each other, only a small car can squeeze through. It is now 8 p.m. Saturday night and such is the case. A large lorry comes along and stops, honks, and waits. Soon traffic is backed up both ways through the village. Two guys appear and help the driver inch his way along. It gets exciting as the driver hops in and out, circles the lorry, checking this and that, climbs back in and shifts forward another 6 inches. The guys in front are dodging back and forth like boxers, waving arms, shouting to come ahead. Stop! Again! Again! But as is usually the case, they cant judge the extra space the bend requires, so they get a third of the way and that's it. Meanwhile a third man has started combing the pubs for the owner of either of the cars and many of the patrons have joined the advisory committee, some contributing encouragement, some shaking their heads, others just scratching their heads. Finally a young buck points to the rear of one of the cars that is about a foot from the curb and makes lifting motions. In one bound the car is surrounded and hoisted not only to the curb but over it. Hurrah, the cheer goes up as the lorry pulls through amongst the happy chatting and back patting of the community. The patiently waiting traffic --truly no horn-honking or yelling--now wends its way through the participants drawn back to the lure of their waiting pints and a new subject to talk about for the next round at least. It was such fun for us to have a front row balcony view by hanging out our window.

Village Monster:  We didn't yet know the O'Sullivans when Karin had her first experience with Paddy. For months afterwards she called him The Monster and was angry with me for not stepping in to rescue her.

Paddy is not particularly short yet his circumference probably exceeds his height. He has a large, fat and round head with small eyes and no neck. Although his face is usually vacant from drink, he can scowl and look nasty at the drop of his always-present cap. Being the youngest of four bachelor brothers he only looks clean and kept on the occasional Sunday morning. The only trait that keeps him from being completely intimidating is his mental slowness, though we soon learned we couldn't outwit him because he ignored whatever he did not want to hear.

That evening Karin had the late shift, but I was down helping her by sweeping. Paddy staggering on his flat feet waddled in and leaned on the counter. He mumbled something that Karin finally guessed after the third time as chocolate. She directed him to the two large trays directly behind him and asked him to choose. He turned, lurched and steadied himself on the glass tray as I held my breath to see if it would hold him.

An open box of chocolate covered marshmallows caught his eye and he quickly crammed two into his mouth. Turning back to the counter he was chewing away with his mouth open and marshmallow slobber puddlling on our wood counter. In fumbling for his purse, which he always turned away from anyone to open, he grabbed another marshmallow and shoved it into his mouth as well. I went to get a cloth to clean the counter while Karin collected his money and politely asked him to please eat outside--we were closing now.

He fixed a beady frown on her and started talking. Rapidly mumbling around the remains of the chocolate and marshmallow, between his guttural, half-mouthed style and his West Cork accent neither of us had a clue to what he was saying. Karin indicated she didn't understand. He frowned heavier, spoke louder and apparently repeated the whole singsong. We both stood dumb-founded and Karin again said please step outside, we need to close. He looked angry as he shouted something and didn't budge. She then went over and got another marshmallow and like bribing a toddler told him, you can have this for free if you take it outside. He took it, put it immediately in his mouth and silently stood there swaying like a tree in the wind.

Fortunately, about this time one of our neighbour ladies came in, saw our predicament and took Paddy by the arm and turned him towards the door. She cooed into his ear that Mike and Karin had to shut up the shop and it was time to go. Sure enough he lurched out and staggered back down the street from which he had come.